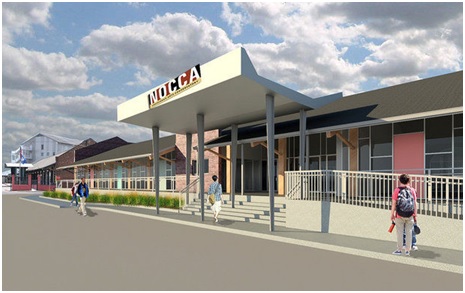 We drove by the NOCCA Forum building development to check on the progress and it looks like construction is moving right along.

For those not familiar, the NOCCA Forum development is a $26.6 million, 60,000-square-foot expansion of The New Orleans Center for Creative Arts campus.   The school is renovating several 19th-century warehouses adjacent to its 142,000-square-foot home that opened in 2000 on the Marigny-Bywater line.

Funding for the project came from a variety of tax incentives and traditional financing, including loans from First NBC and Whitney Bank, federal and state tax credits, a federal Quality Zone Academy Bond and an $11.6 million capital campaign.

The Forum Building should be open in late 2014.

Check out the pics below: