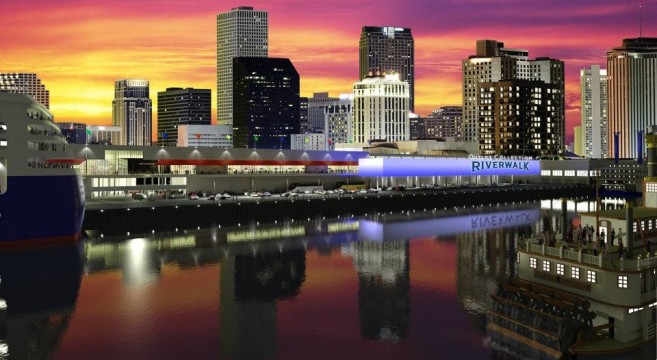 Riverwalk To Open May 22 After $70 Million Makeover The Outlet Collection at the Riverwalk will open May 22, developer the Howard Hughes Corporation announced Tuesday.

The Hughes Corp. purchased the Riverwalk Marketplace out of bankruptcy in 2011 and started construction in 2013 to turn the center into an upscale outlet mall.  When it opens it will be the nation’s first downtown outlet center.

Howard Hughes spent $70 million on the renovations, which added 50,000 square feet of space to the mall, bringing it to a total of 250,000 square feet. The layout of the shopping center will remain the same, but many of the store slots on the mall’s upper levels will widen to accommodate the demands of the national tenants coming in.