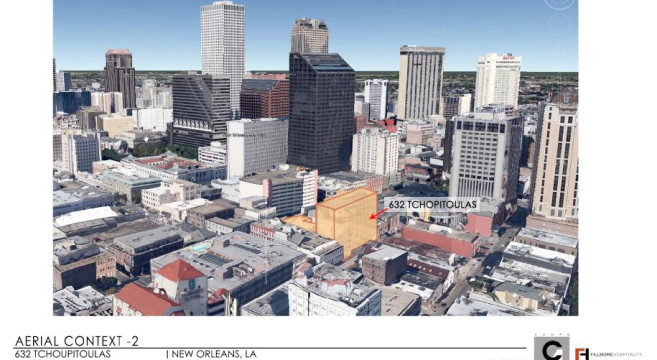 Image via City of New Orleans

Developer Fillmore Hospitality held a ground breaking yesterday (Nov. 12) for the construciton of a new Cambria Hotel & Suites in the Warehouse District.

Plans call for a $35 million, 65 foot, 162 room hotel with a contemporary bistro, a fitness center and 1,200 square feet of meeting space.  The site is currently a parking lot.  You can check out the plans and renderings here.

Filmore had originally proposed a much larger project: a 178-key hotel made up of two buildings: a 65-foot structure that would face 632 Tchoup and a 75-footer with an entrance on Commerce Street.  The 75-foot part of the plans, scaled back from its original try for 95-feet, would require a waiver since height limits in this part of town cap out at 65-feet.

Fillmore operates the Maison Dupuy Hotel on Toulouse Street and the New Orleans Marriott Metairie at Lakeway on Causeway Boulevard.