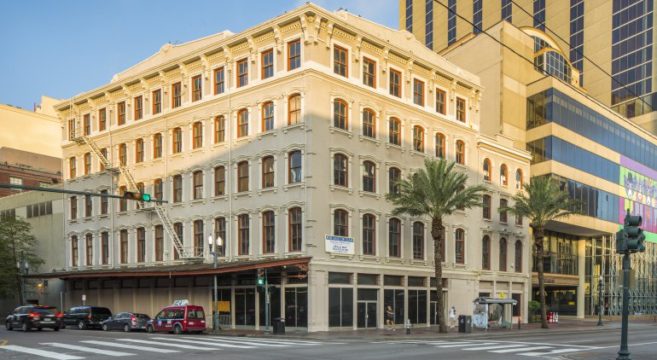 A little over a month after acquiring two historic buildings at the corner of Canal and Magazine Streets, the Sazerac Company has broken ground on the new five-story Sazerac House, a cocktail museum and corporate offices for the company.

The Sazerac Co. is one of the largest liquor brand owners and distillers in the United States, and is owned by the Goldring Family of New Orleans.

The new three-story museum will focus on the history of cocktails and will be free to the public.  There won’t be a bar, but you will likely be able to purchase packaged liquor and other branded items.  The development will also include corporate offices for 60 employees on the upper floors.