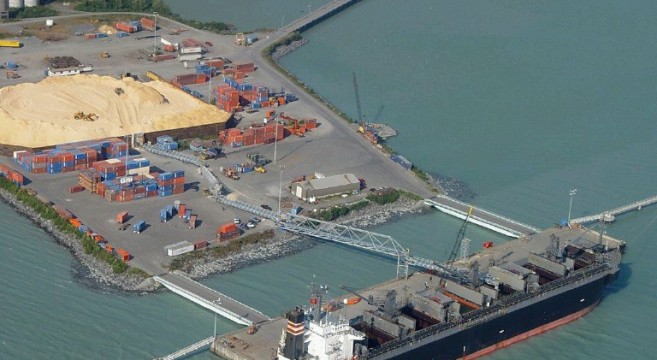 Company Leaves Jefferson For Orleans Due to Zoning Dispute Agrico Sales, a company that builds shipping equipment —specifically conveyor and loading systems for the dry bulk shipping industry, is  relocating due to a zoning dispute, originally reported by CityBusiness.

Agrico Sales currently occupies a 12,000 square foot space in Bridge City, in Jefferson Parish, where they have operated for the past 26 years.

Agrico will be relocating from this River Road location to a new spot along the Industrial Canal. The property was previously owned by Lone Star Industrials Inc., a cement company with its principals located in Bethlehem, PA.  They will be building a new $2 million, 56,000 square foot facility.

Frank Kelly, Agrico owner and president, said he decided to make the move after failing to secure the necessary zoning to for the expansion.

“We would have loved to have stayed there, it would have been a lot cheaper,” Kelly told CityBusiness.

The Agrico property is zoned residential, and Kelly said he has been trying to get the zoning changed for the past 10 years.  The necessary zoning change, to heavy industrial, has been opposed by neighbors that fear a factory moving in if Agrico ever moved out. Over 100 people showed up to protest the change when Kelly brought it before the Jefferson Parish Council.

Jerry Bologna, Executive Director of JEDCO (The Jefferson County Development Organization) said that, “…Our priority was to keep them in Jefferson. This is a company that has been part of our business retention sector for years.”

JEDCO has kept track of any suitable property that has become available for Agrico during the past ten years, and notified them of the availability.

Since the council meeting, JEDCO, Councilman Paul Johnston, and the parish’s planning and zoning commission has tried to reach Kelly, in hopes of finding a way to convince him to keep the business In Jefferson Parish. Representatives from each of these offices, has said that Kelly won’t return phone calls, or agree to a meeting, and is not willing to fill out a rezoning application for his business.

Kelly responded, “They can say what they want. The zoning department doesn’t have the right zone for a welding shop.” Once Kelly realized a proper zoning designation did not exist, he began to search for an alternate site.  He said his focus was mostly along the Industrial Canal. His options were limited, and that is why he settled for a property that is larger than Agrico actually needed.