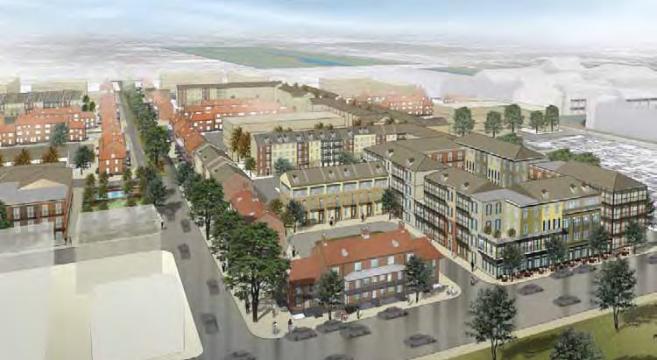 The first grouping of brand new apartments under construction at the site of the former Iberville public housing development are almost finished and will be open by end of 2014.

Developers HRI, Missouri-based McCormack Baron Salazar, and the Housing Authority of New Orleans are co-developing a $600 million project to revitalize Iberville and the surrounding area.   Financing comes from tax credits, federal rebuilding money from Hurricane Katrina, a $30.5 million grant from the U.S. Department of Housing and Urban Development and a payment in lieu of taxes, or PILOT, from theIndustrial Development Board.

The entire development will create 880 housing units, including 304 public housing replacement units, 315 market-rate units and 261 “work force” units for households with income less than 60 percent of the area median family income.  59 of the 75 brick multiplexes were demolished, and the remaining 16 are being renovated.

Contractors are close to the halfway point in construction of the first two phases of units being built on the site, which involve three multi-family buildings, three townhouse complexes and the redevelopment of eight of the 16 historic Iberville structures that were spared from demolition last year.  In total, the first two phases will include 225 apartments.

Pin It
Previous post:
Check Out the Plans for Justin Devillier’s New Restaurant Balise Next Post:
Round #2 for 1035 Tchoupitoulas