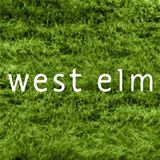 The West Elm contemporary furniture store at 2929 Magazine, will open on July 24.

An 1,899-square-foot second-story was added to 2929 Magazine to accommodate the store.  The addition of the second story was the subject of intense neighborhood debate.  Many of the business on Magazine supported it, while nearby residents opposed.  In total, the store will encompass 9,820 square feet.