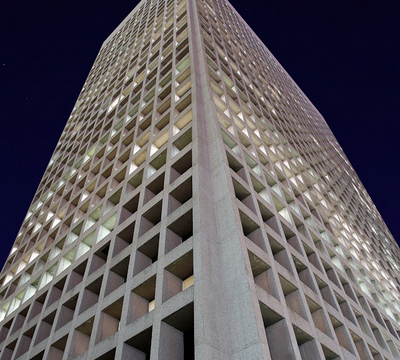 New Orleans-based KFK Group has acquired the One Main Place skyscraper in Dallas’ Central Business District for an undisclosed sum.

One Main Place is a 32-story building with more than 1 million square feet of office space, 65,000 square feet of retail space, 660 space parking garage, and a 20,000-square-foot plaza that connects the building to Dallas’ pedestrian tunnel network.

“We are very excited to be a part of the continued redevelopment of the historically office-based downtown Dallas area,” said Elie Khoury, president and chief executive officer of KFK Group. “Downtown now encompasses an amazing mix of arts, parks and residential buildings, transforming it into a live, work, play environment.”

According to The Dallas Business Journal, One Main Place was put up for foreclosure in September at a valuation of $45 million.  The building was previously owned by New York-based RAK Group, according to the Dallas Central Appraisal District. In 2004, the tower was refinanced for $69 million.

Dallas News reports that the building is less than 50% occupied.

KFK Group has been developing real estate in New Orleans since 1996.  The groups has developed and invested in hotel, apartments, condominiums, and retail.