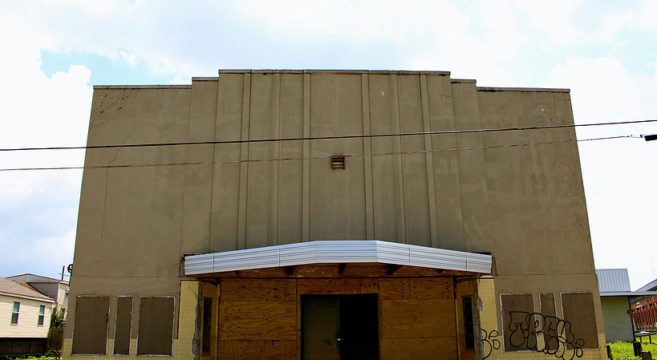 Photo of 3940 Thalia, the future home of the brewery, via Waywardowlbrewing.com.

An entrepreneur has filed plans to renovate a vacant building at the corner of S. Broad and MLK into a new brewery, according to documents filed with the city.

Justin Boswel filed plans on June 28, 2016 to convert the vacant building at 3940 Thalia and 3943 Martin Luther King Blvd. in to a brewery.  The plans show the brewery’s name is Wayward Owl Brewery.

Boswel was the head brewer for Black Raven Brewing Co., a Redmond, Wash.-based brewery that achieved notoriety for its craft beers, before moving to New Orleans to open Wayward.

The initial building plans call for $41,000 of renovation work to get the project started. Mid-South Developers of La, Inc. is the general contractor and Great South Engineers is the engineering firm.  The plans look awesome, and we are pumped to see another brewery taking shape in the city.

The brewery’s location is near startup incubator Propeller and the commercial hub at the corner of Washington and Broad developed by Green Coast Enterprises, which includes Laurel Street Bakery and DIY tech shop Idiya.

According to city records, the building is owned by Broad Strokes, LLC, an entity which includes developer Greg Enslenn.  Enslenn had a hand in developing the Freret Corridor, and is currently part of the development team behind the planned Alder Hotel, the new 90 key hotel planned for a vacant building at Oschner’s Baptist campus just behind Freret Street.

Check out the plans for Wayward below. 2 Responses to New Brewery Planned for S. Broad and MLK [We’ve Got Plans]